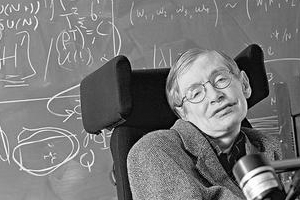 Cambridge, England – In an interview with New Scientist magazine, world renowned theoretical physicist, Steven Hawking, has claimed the Mayan Calendar’s apocalyptic end date of 2012 is based on flawed calculations.

Hawking, a former Professor of Mathematics at the University of Cambridge, has long been a critic of the pseudoscience surrounding doomsday predictions, and in the case of claims that the Mayan Calendar points to the world ending on today’s date, he believes a simple mathematical error has been made.

“In many ways the Mayan’s were ahead of their time,” Hawking is quoted as saying, “but in others they were a little too clever for their own good. In this instance they made the mistake of double counting bank holidays, meaning their calendar isn’t due to run out for a further eight years. People should actually be worrying about 2020, that’s the real end of the civilised world.”

Hawking, an honorary life member of the MCC, goes on to explain that his realisation about the threat of 2020 came whist attending this summer’s Lord’s test against South Africa.

“I was watching Hashim Amla play a wonderful five hour match winning innings when it suddenly struck me that 2020 was the end of civilisation as I know it. Although, admittedly, my mind was already contemplating the dark path our society has taken after being charged £8.40 for a pint and hotdog at the refreshments stall behind the Lord’s Grand Stand.”

A spokesman for the Mayans was unavailable for comment, their civilisation having been conquered by the Spanish during the 17th century.

The latest edition of Professor Hawkings’ memoirs Event Horizon: Why One Day Internationals make we want to put my head inside a Black Hole is currently available in hardback, RRP £17.99.

83 thoughts on “Steven Hawking: Mayans miscalculated by 8 years, 2020 is actual end of civilisation”

Previously on That Cricket Blog